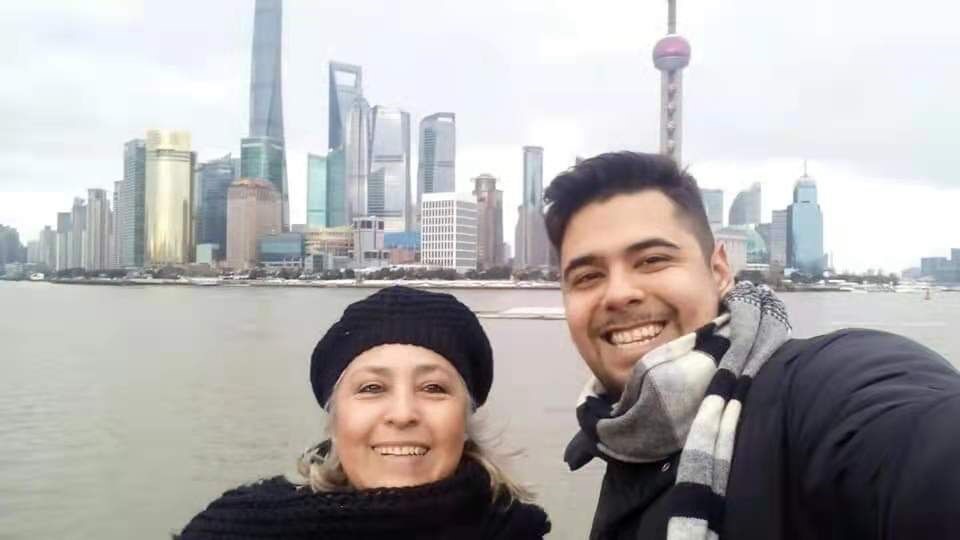 Like many people, I came here to study the language. However, whenever people ask me why I started studying Chinese, I suddenly find myself unable to simply explain it. Chinese language was an easy way for me to divert my attention for a while when I was hospitalized. I was “the sick kid” ever since I turned 16, and as the nerd I have always been, I was genuinely worried about my brain getting mushy so I started studying the allegedly most complicated language in the world. I would spend most of my days on that hospital bed just reading, watching YouTube videos about science and languages, and you know, the occasional travel vlogs, but mostly just thinking about how beautiful life could be if I ever had the chance to travel around the world. Whenever I wasn’t in the hospital, I was enrolling in different language courses in my hometown, and my parents thought that since I couldn’t properly study a bachelors at the time, I might as well study Chinese at my university’s Confucius Institute.

Shortly after I turned 22, I was inexplicably healthy. Doctors stopped medicating me thankfully and I no longer had anything that held me back from pursuing my dreams. By chance, the teachers at my Confucius Institute told me to get a scholarship to go to China. So, I did and it was even better than I expected. As soon as I landed in here, I fell in love with China.

There’s something about Xiamen. Maybe it’s the people, maybe it’s the beach, maybe it’s the very chill vibe that the whole city has, but life in here is sort of like living in a tropical private resort. The city is full of wonderful treasures. There are endless parks you can go on hikes during the weekend, ancient temples in which you can see the monks coming back from a nearby milk tea shop, and the other examples of how the city is just an international hub, yet still holds the charm that small cities have. Xiamen has everything you could think of.

(My only complaint is the local food, but that’s just me being Mexican)

I think China is the most misunderstood country in the world. Language barrier aside, there’s just too many misconceptions about what the country is like in reality. I remember thinking I’d see factories all over the cities, and that people might be a little distrustful of foreigners. What I found was completely the opposite. China has the most welcoming, friendliest people I have ever had the pleasure to meet. Chinese people are proud of their culture and country, and rightfully so. It has amazing natural landscapes, impressive ancient culture and architecture, and, honestly, China is like 30 years ahead in the future. I don’t think I want to use cash ever again.

What fascinated you the most about living in China?

What is your unique China story?

I first lived in Hangzhou for a few months in 2017. I think I will never forget how I was greeted by the city and its people. There was something uniquely serene about it. I first got off the subway at a station near the West Lake. Honestly, I’m a little embarrassed to admit this, but the first thing I thought when I got off the subway was: “damn, people in here are so good looking”.

Having no idea where I was because I never even bothered googling the city, I took the first bus that I knew would take me to my hostel. When I got on the bus, I noticed there was music playing, and I knew what song it was. It was my favorite Chinese song, “The Foreigner”, by Lijian. As I was trying to wrap my mind around the incredible coincidence I was living, I looked outside the window and saw the absolutely most breathtaking scenery I have ever seen in my life: the West Lake. I felt like in a movie, it was too good to be truth.

This is my second time in China, and I have made sure to make the best out of it. I have travelled as much as I can, met as many interesting people as I possibly can, I’ve camped on the beach, sung karaoke with strangers, been interviewed on TV, stayed up all night to see the sunrise by the beach, volunteered in rural areas, hosted events in three different languages. Every day has been a new adventure, and somehow it just keeps getting better. As corny as it may sound.

Some background on his hometown

My hometown’s name is Chihuahua. I don’t know what came first, the place or the dog. I hate those dogs.